One of the essential juridical agreements is represented by a power of attorney form. For instance, the citizens of California can use different California power of attorney forms, according to their situation. Such a legal paper as POA can provide authorization for a particular person (also referred to as the agent, the attorney-in-fact, and the private attorney) to make tough calls concerning wealth, health, custody, or property of an individual, giving them such permission. This person is also known as the principal, the grantor, or the donor. 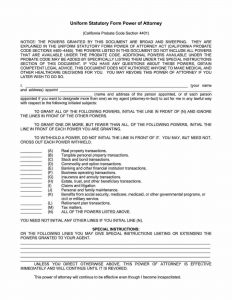 An adequately drawn up California power of attorney can be legally recognized only if it is created strictly in compliance with California state statute requirements. Under the state legislation of the “Golden State,” should be written per §4121 of the California Probate Code. In the latter, it is mentioned that:

Why Use a POA Form in California

Every citizen of the California State might have their own reasons for completing such a legal paper, providing the specified delegee with the power to handle their finances or decide on their medical treatment. For this reason, it is of utmost importance to choose a credible individual for this role, for example, a time-proven friend or an immediate relative. Among the most widespread reasons why people resort to various power of attorney forms, there is advanced age, incurable diseases, intellectual incompetence, and others. Besides that, California residents who work at high-risk jobs should also think about drawing up a proxy. If an emergency happens to them, they are sure that their affairs are dealt with appropriately. Because no one can predict the future, it is crucial to write a power of attorney in advance, regardless of your health’s current state. This way, you guarantee that all your wishes concerning particular areas of life are fulfilled.

Hence, an individual with a mental derangement will require a different proxy form than someone diagnosed with a lethal disease. Likewise, California citizens with minor kids will need to use a different power of attorney type than those who are single and do not have offspring. For each person, the demands of POA will vary. Luckily, there is plenty of California power of attorney forms a local citizen can utilize. These are several most common of them:

This type of power of attorney is applied to endow the private attorney with authority to act in the name of the principal in indicated cases. Such a POA is called “durable,” as its legality doesn’t end with its author’s death or incapacitation.

The following kind of proxy presents the selected attorney-in-fact with the power to make crucial decisions in the principal’s name in particular circumstances. Nonetheless, such circumstances are often limited to specific situations, which must be clearly indicated in the California power of attorney for it to become effective. For instance, the private attorney can be provided with access to the POA’s author banking accounts so that they could foot the bills and pay expenses. Yet, the agent might not be allowed to sell any personal belongings and/or material assets of the grantor. When the owner of the proxy dies, the document becomes null and void.

A limited proxy is often regarded as the same legal instrument as a special POA since their purposes are relatively similar. Comparable with a special proxy, a limited power of attorney mentions all limitations concerning the authority given to the principal’s representative. For the most part, the allocated private attorney has the right to dispose of the grantor’s finances and make vital healthcare calls, but that’s where their power ends. Thus, they likely won’t be allowed to sell real estate and other POA author’s possessions. And once the principal passes away, this legal paper loses its power.

A healthcare proxy, which is somewhat akin to an advanced directive, gives the agent the possibility to take health- and treatment-related decisions in the principal’s name. A healthcare power of attorney is widely used by those who suffer from a fatal illness, senile dementia, or work in high-risk environments (police officers, lifeguards, etc.).

The next kind of proxy lets a parent appoint a temporary custodian for their underage kid(s), endowing them with decision-making rights regarding the well-being of their children. Sometimes, a child’s primary caregiver needs to be absent for a certain period, while in other cases, a kid might be going abroad with a responsible adult. In both situations, parental POA will come in handy.

A state tax power of attorney in California, also known as the declaration form FTB 3520, is aimed to grant the right to a trusted individual to obtain and operate with personal tax information. This type of proxy in the “Golden State” also entitles a selected delegee to represent your interests with the Internal Revenue Service and the local State Tax Department.

Other California Forms By Type

Other Power of Attorney Forms By State